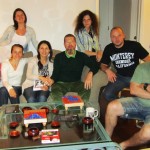 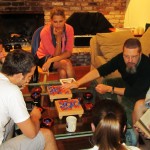 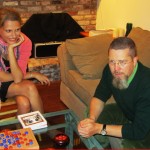 Unknown facts about philosophy, history and rules of the most comlicated and oldest game in the world. Go game is like a computer that was created not for game and playing. Differences between board games: chess, checkers and go-game. What paradigm and social model they based on? Checkers is about savage tribes: kill others to become a leader. Why as soon as king is killed chess game is over? Chess game in acient India reflected cast system. In the middle ages in Europe chess was the model of crusades. Classical chess reflected the paradigm of vassal dependence. The goal of Go game is divided board. Go is about terretory development. The main Idea of Go is about world development. It is more fundamental idea than social modelling. This is workshop about Go game by Russian researcher and master of 5th Dan Igor Grishin held in Silicon valley for Black Box community.

What difference between “move” and “place” in Go-game? What rule is better to see in the game than to read about? Who starts first according etiquette? How to be polite starting game with Japanese? Don’t think about levels and ranks in the game if you’d like to study strategy by Go.

What name for Go-game in ancient Chinese? What traditional colours for stones used in Ancient China? What do star crossroads mean? What to think about in the first game? How to make power of your stones on Go-board?


Просмотров: 3,812
This entry was posted in All posts. Bookmark the permalink.